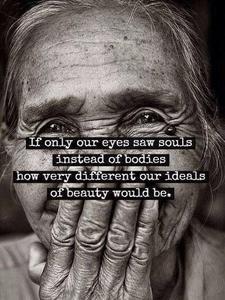 Hoping to challenge his congregation's beliefs on poverty, a Mormon Bishop transformed himself into a homeless man and loitered outside the church before service started on a Sunday.  The Bishop adopted a disguise that added mutton-chops, dark bags under his eyes and disfigured teeth. He added a crutch, then leaning on the crutch waited outside the church to see people’s responses. “What surprised me the most was the reaction of indifference. The majority of the people just ignored me and went to great lengths not to make eye contact and just walked right by me. I also was told by several people to leave the property!"But those wishing the "homeless" man would leave the church were left surprised and unsettled when a church assistant, who had been let in on Musselman's disguise, informed the congregation that "this homeless man would like to say a few words.""The congregation was beside themselves. Then I pulled my wig and glasses off and with a loud gasp they were stunned." Some attendees reacted by crying, while others said nothing, some came forward to apologize for their indifference at the end of the service and announced what they would do to atone for their actions. “We don't always have to give money or even food, but if we act the way we say we believe, just smiling and making eye contact and allowing them to have a little bit of dignity can be enough," he said.Why don’t we believe what we believe? Another similar story:Churchgoers were left shamed after they ignored a tramp who turned out to be their minister in disguise. Rev. Derek Rigby sat on the porch to his church as the congregation arrived for a Sunday service, hidden beneath a wig, dirty and with scruffy clothes people just walked by. He then settled on a pew in the church. None of the worshipers at the Methodist Church in North Wales, even spoke to him or offered him any help.The 51-year-old then took off his wig to reveal his true identity, before delivering a sermon based on the failure of the disciples to recognize Jesus Christ on the road to Emmaus after his resurrection. Rev Rigby said: "It was interesting to see the reaction from people - I was totally ignored, totally. It showed that we don't recognize God at work and in each other. I told my congregation they were a stingy lot!How many of us call ourselves a “Christian”, yet we just don’t “do” Christian? The people in these articles go to church, yet treat people who don’t look like them with total disdain. Why? Why don’t we believe what we believe?

A homeless man who I’ve known for sometime here in Tampa and who’s been beaten up and stabbed, recently wanted to go to church Sunday morning. He told me, as I went into the church a parishioner told me, you can’t come in! Granted he’s not the cleanest looking man. He said to me, "I asked them why, and they said you’re wearing jeans and a t-shirt. We’re not letting you in, go to another church!" He told me he turned around and left. This man and I have had numerous one-on-one talks about his life and as he says, “How terrible my life is and I don’t know how much more I can take!” He’s mentioned to me before he has no reason to live and has contemplated suicide. The conversations we had are usually about how God still loves him.

It’s hard to convince people God loves them when people who call themselves Godly people treat others in an un-Godly manner. Sometimes we play God, but we forget  God is God and we’re just servants!  Why don’t we believe what we believe? Why is it people who have absolutely nothing in life, get rejected, ignored, stepped over and asked to leave by us “Christians?” I include myself in this. If we call ourselves a Christian then we should live our life as Jesus did, that means we should be the same person in church, in the car, at work, on the golf course or in the home. We really need to be the person we would be if Jesus were to walk with us for one straight month side by side.Unfortunately it seems like “Christian beliefs” are actually becoming misguided and inspired more by worldly religion than the Word of God. Being a Christian means that you’re changed on the inside--not controlled by others from the outside. It means that your heart has been changed by the presence of God.  It means that you’re free to do His work where and when you see fit. It doesn’t mean that you’re required to go to church, required to pay tithes, required to be good or do anything in order to stay a Christian. It means you desire to do those things because you've been changed.I wonder what it’s going to look like when Jesus sits with each one of us when we’re called home and He says, I want you to watch this DVD of your life with me, but I want you to pay “very close attention” to how you treated the least of my brothers. To be a Christian means to follow Christ, to desire Him, to fellowship with Him, to live the moral life requested by Him, and to bring glory to Him in your life. Christianity is a people-building process. The next time we all see someone who’s down on their luck, maybe we look “at” them, and not “through” them. Then maybe we can see Jesus Christ “IN” them!“Character is how you treat those who can do nothing for you!”Thank you and God bless,Charlie McGowan and the Kay’s Ministry Family